Brian Carlisle, Senior Product Line Director The floor of a large laboratory in the U.S. has been the same for several years. Each shelf is chock full of test instruments, specimens, and other devices. For lab technicians, the task of loading samples into test instruments is difficult and time-consuming. It’s also quite a menial chore for someone certified to perform sophisticated drug discovery and clinical testing to go through each day. But now, a new player is primed to shake things up and make things less tedious—a friendly robot that eliminates the need for valuable human efforts in performing simple operations.

While robots have been known for performing industrial tasks for years, their adoption was limited due to several operational bottlenecks. As conventional industrial robots were designed to handle heavy payloads and move quickly, installing them in a line to work next to people without protective screens invites a huge safety risk. Imagine a robot performing machine loading next to a person installing a wire harness on the factory floor. Without guarding, industrial robots can pose a significant danger to people. In this age of automation, companies need robots that can be installed without having to redesign their factories to isolate the robots.

Enter Brooks Automation PreciseFlex Robots. Founded by a group of industry-leading engineers who worked together for over four decades in developing robots, Precise Automation was acquired by Books Automation in 2021. The PreciseFlex line of Collaborative Robots began with innovation excellence in the laboratory automation space. Today, the company brings to the table a new class of robots, collaborative robots that can work next to people and expensive instruments in a very tight footprint. These new collaborative robots work in both laboratory applications and now in general automation applications such as testing, machine loading, and packaging. They are safe and can load light payloads such as sample trays and test tubes from racks into analytical instruments in laboratories, and heavier payloads such as machined parts and electronic assemblies into tools and factory testers. These new robots can relieve technicians from attending these instruments the whole day.

Building on a Strong Legacy

The story of PreciseFlex robots begins in the mid-1970s when Brian Carlisle and Dr. Bruce Shimano, along with another engineer from the AI lab at Stanford University, established
a small company. Since then, this growing team at has been the front-runner of several innovations that have revolutionized the automation industry. As part of Unimation, they developed the PUMA small-part assembly robot for General Motors. Continuing to ride on the waves of innovation, Carlisle and Shimano founded Adept Technology and introduced the first direct-drive robots for small-part assembly and material handling and vision-based part feeders.

Since its inception, the group has been focusing on developing easy-to-use, cost-effective, safe, and power-efficient robots. The result is a new generation of collaborative robots. Designed with a unique cylindrical coordinate system, their shoulders move up and down a column, and their inner and outer links move horizontally.


This allows these robots to access tall racks or shelves and easily reach into instruments or machines without the elbow getting in the way and taking up a lot of room in the work cell. These collaborative robots, combined with the company’s easy-to-use industry-agnostic software, make them ideal for life sciences, automotive, electronics, and emerging applications in the food industries.

The PreciseFlex robots are easy to train. The company offers several ways to program its robots, with the simplest being a graphical user interface that runs on any tablet or PC. For more sophisticated applications that need machine vision or conveyor tracking, it provides a powerful programming language similar to Visual Basic that is easy for application programmers to use right away without training.

“Dedicated to ensuring the safety of people and lab equipment, we’ve developed technology to make these robots safe so that they can move at human speeds of 1.5 to 2 meters per sec without risk of damage to people or instruments,” states Carlisle.

The Precise robots’ horizontal configuration removes gravity loading from major axes, allowing the use of low ratio gear reductions that allow low collision forces even at speeds of 1-2 m/s. In addition, because the joints have very low friction, the robots can be back driven to enable fast and precise part insertion.

Being able to work next to people safely, PreciseFlex robots accelerate implementation and allow companies to use them without redesigning the entire line. They don’t require safety screens when working with safe end effectors such as standard grippers. That means, by installing a PreciseFlex robot next to a person on an assembly line or in a work cell, the robot can do simple, boring jobs like machine loading while people are installing a wire harness nearby. The company’s robots also eliminate the need for completely isolating the work cell or assembly line from people while reducing the capital investment and technical and schedule risk. Customers can even try out its PreciseFlex robots on a one-off basis, allowing factory personnel to try and learn about using robots with modest capital investment, low risk, and minimal disruption of their existing processes. 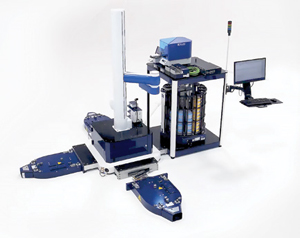 There are currently thousands of PreciseFlex robots used worldwide in lab automation, where they can access up to 10 test instruments and run unattended for 24 hours. The company’s new PreciseFlex DDR robots are being used to access 600 storage locations in a tall cylindrical enclosure and pick and place products from a conveyor running through the enclosure.

Edge for Businesses; Care for Environment

With PreciseFlex robots, the controls are embedded into the robot eliminating large, external controller boxes and cables that come with traditional industrial robots. Owing to its team’s many years of experience in developing robots the company has been able to miniaturize the robot controls, from the size of a washing machine in the 1980s to the current size of a deck of cards.

Having the controls embedded in the robots enables customers to simply plug Ethernet and AC power directly into the robot base, reducing the footprint on the factory floor. 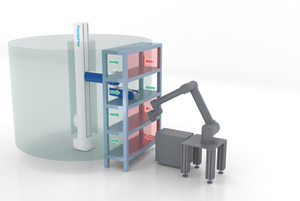 Unlike widely used vertically articulated robots, PreciseFlex horizontally articulated robots have much lower gravity loading, which means they only use about 1/3 the power of common six-axis robots. These robots are designed for payloads up to 10kg and are safe and fast and only use 200 watts to move a 6kg payload while traditional robots consume around 1,000 watts to move the same payload. This is ideal, as these easy-to-use, small footprint, and low-power consuming robots lead to improved efficiency for automation, which is critical amid the growing concerns over climate change. Low power consumption is also helpful when it comes to placing robots on mobile platforms to conserve power.

As a customer-centric company deeply rooted in innovation, Brooks Automation always strives to upscale its solutions to align with the changing tides. For example, the benefits of eliminating the speed reducers in its robots triggered its innovation labs to invest heavily in new, powerful motor technology. Now, its new PreciseFlex DDR utilizes these direct-drive motors, which have about six times the torque per volume ratio other motors. This technology allows the company to eliminate timing belts and the need for periodic maintenance. In fact, Brooks’ technology has emerged as a more reliable and value-added alternative for traditional harmonic drives that usually wear out after three or four years and are hard to stop if the robot traps a person against a hard surface.

When we started in 2004, our initial focus was on laboratory automation robots to aid drug discovery and clinical testing. We have now expanded our technology for heavier payload applications in general automation

Another recent example of innovation is our machine vision integration. While the company has been offering machine vision for robots for years, it’s now integrating machine vision into its robot grippers so that these robots can teach themselves positions and even use the vision in the gripper to locate targets as they roll around on mobile bases. In addition, the need for mounting robots on mobile bases is at an all-time high. This helps businesses use a single robot to move around their workspace and provide intermittent loading and unloading of machines. The company’s robot configurations are ideal for mobile applications, helping customers drive greater ROI for their automation investments, and are now available on several mobile platforms

Brooks global footprint, and local sales, service, application engineering, training, and support resources enable us to better meet the needs of our customers in each region. Our recently built state-of-the-art manufacturing facility in Livermore, CA., enables us to produce thousands of robots a year, so we can deliver our products to our customers in a timely manner. Weare growing in the general automation market for applications such as machine loading, electronics test, visual inspection, and mobile robots. For more information on our PreciseFlex cobots visit us at www. brooks.com . 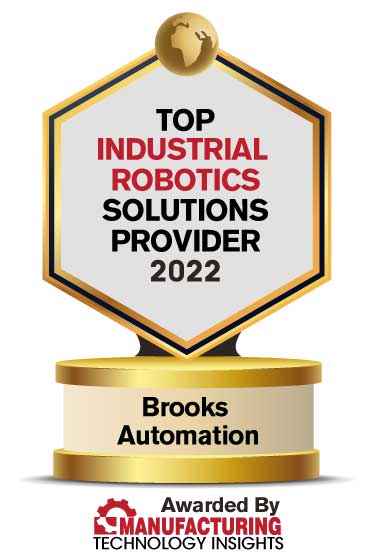 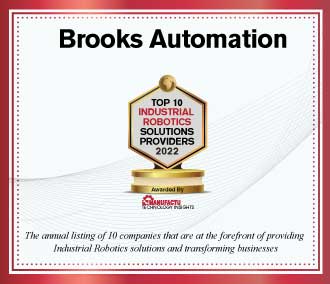