Ryan Murdick, President and Co-Founder
Efficiency is the name of the game within the cryogenics space. Alongside the extremely low-temperature requirements necessary to sustain a cryogenics environment, precision-engineered components, designed from rare-earth materials with favorable thermal characteristics, play a pivotal role in achieving desired performance characteristics. Renaissance Scientific (Ren-Sci) takes a rather renewed approach to attaining such exceptional performance characteristics through its purpose-built products such as nanopositioners, scanners, and more for cryogenic workflows.

Consider the design of cryogenic motors, which involves the careful consideration of the above two engineering prerequisites. Losses of energy caused by heat dissipation hinder the velocity of a motor; in simpler terms, dumping as less heat as possible onto the cryostat helps improve efficiency. When fabricating a cryogenic motor, mechanical engineers traditionally couple the actuators of the assembly with the bearings, as heat dissipation could also cause serious concerns to the repeatability of the apparatus. These engineering challenges presented leaders at Ren-Sci with an opportunity for innovation. Through the combination of precision engineering, selection of appropriate materials, and excellence in the fabrication of nanopositioners, scanners, and control systems, Ren-Sci redefines cryogenics research and development, alongside overhauling experimental workflow efficiencies.

Renaissance Scientific (Ren-Sci) has decided to take the bold and stark opposite path of decoupling the actuators from the bearings to achieve very specific efficiency measures. The company also cherry-picks some of the most favorable materials for cryogenic temperatures, machining components well within the sub-micron tolerances for parallelism, flatness, and overall mechanical stackup. Such precision engineering ensures that the motors do not constrict or seize at extreme temperatures.

As a result, the company prides on zero failures/ motor seizures within the industry – such is the fabrication excellence attained by the company. A client from Germany that recently procured several nanopositioners for a confocal application heaped praises for Ren-Sci’s engineering competence, validating the company’s promise of quality and efficiency.

“If you were to hold one of our assemblies in hand and push it forward against another, the level of smoothness experienced is just not the same. We win that test every time, hands down,” explains Ryan Murdick, President & Co-founder of Renaissance-Scientific.

Alongside these technological merits, Res-Sci has also developed an embedded FPGA, controlled via a touchscreen interface, which has been well-appreciated by its clients.

One notable facet within Ren-Sci’s arsenal of cryogenic products is its Dual ZScanner, which is housed beneath an independently temperature-controlled stage, allowing the user to vary thermal characteristics as desired. While the slow scanner can monitor slower-moving samples, the fast scanner within the apparatus can immediately respond to more rapid transients of the sample, as suited in AFM and STM applications.

From an applicability standpoint, Ren-Sci’s nanopositioners, scanners, and control systems have found large adoption rates within Scanning Probe Microscopes and quantum computing equipment, which are built with a couple of nanopositioners and scanners. Interestingly, before co-founding Ren-Sci, Ryan Murdick built nanopositioners for cryostats that were part of atomic force microscopes. But recent developments surrounding quantum technologies presented Murdick and his business partner (an electrical engineer) with the opportunity to cash in on their collective experience and develop highly innovative products within the cryogenics space. These products have stood as the hallmark of efficiency, bolstered by the invaluable expertise and expertise honed by Murdick and the team. 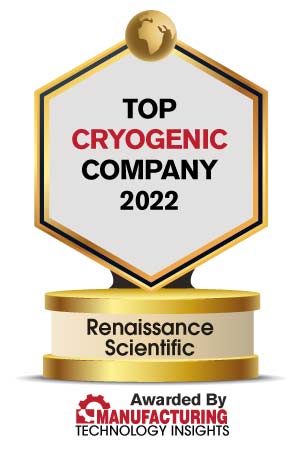 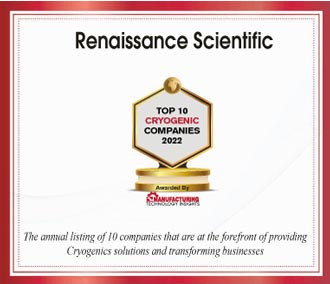 Description
Renaissance Scientific (Ren-Sci) helps clients attain exceptional performance characteristics within cryogenic workflows through its purpose-built products such as nanopositioners, scanners, and more. Renaissance Scientific (Ren-Sci) has decided to take the bold and stark opposite path of decoupling the actuators from the bearings to achieve concrete efficiency measures. The company also cherry-picks some of the most favorable materials for cryogenic temperatures, machining components well within the sub-micron range in terms of parallelism, flatness, and tolerances